Vagaries from Miss FD's album Transcendence is available worldwide on all major streaming outlets. You can stream Vagaries from iTunes, Spotify, Bandcamp, and other digital music carriers.

The music video can be seen below. 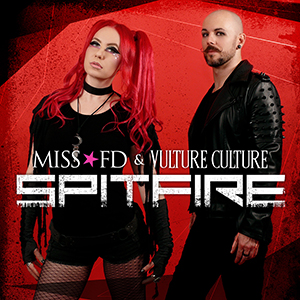 Dark Electro Pop siren Miss FD teams up with Industrial artist Vulture Culture on their new electropunk track Spitfire. Like the song's title, Spitfire is a fierce song that demonstrates the team's darker and more aggressive side.

Spitfire is out now through Quantum Release Records, available worldwide on all major streaming outlets. You can download Spitfire from iTunes, Bandcamp, and other digital media carriers.

The music video can be seen below. 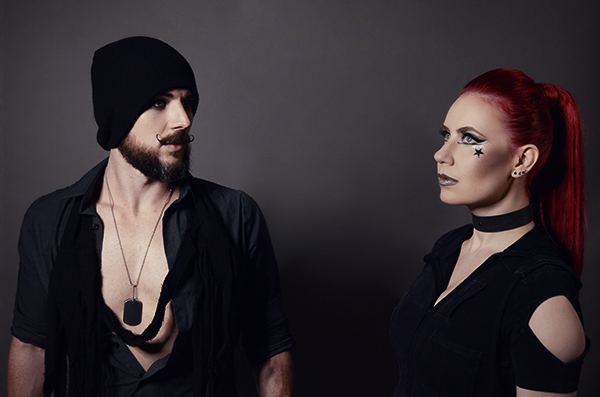 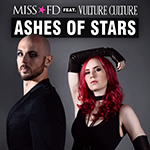 Filled with infectious synths and a euphoric groove, "Ashes of Stars" is one of Miss FD's most dynamic songs to date. Featured on "Ashes of Stars", is Industrial music artist and producer Vulture Culture, who has been featured on previous Miss FD tracks, including "Delirium" from her latest album Transcendence, and also on the "New Era" track for Alfa-Matrix's Electronic Body Matrix,Vol 2.

The lyric video for "Ashes of Stars" is out now and can be seen below. The new single is available worldwide on all major streaming outlets through Quantum Release Records. You can download Ashes of Stars (feat. Vulture Culture) on iTunes. 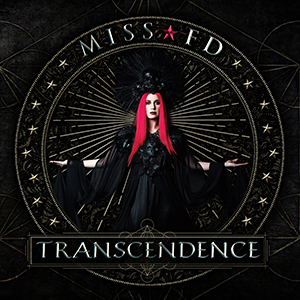 The new album is available on iTunes, Spotify, and other digital media carriers. Orders for physical CDs placed directly through MissFD.com include availability of a limited edition 4-CD discography with Transcendence and Miss FD's prior albums Monsters in the Industry (2010), Love Never Dies (2011) and Comfort for the Desolate (2013), as well as other exclusive merchandise.

The opening track "Despair" is also featured in a new music video directed by Chad Michael Ward, which "invokes feelings of isolation and existential suffering," says Miss FD. "Once accepted through self-examination, these emotions can become a source of primal healing, rather than an over-medicated symptom."

Introspection and acceptance thematically permeate the album, which concludes with "Icarus", after the Greek mythological figure who famously soared on wings too close to the Sun. 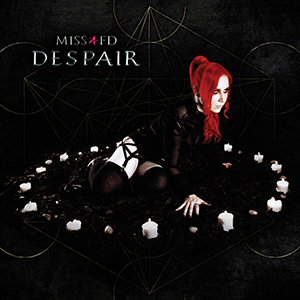 Conjuring imagery of a newly summoned life's suffering and isolation, the video expresses the feeling that the forces behind our existence and personal sense of conscious awareness are beyond our understanding or control.

"The unknown forces behind the unfolding of our lives are represented in the video by 'The Sorceress' pulling the strings behind the circumstances which have brought 'The Girl' into existence. Filled with questions for which the answers seem out of reach, 'The Girl' in the music video represents the condition of being born human and the suffering that comes along with the experience of life." -Miss FD

The track is the first glimpse off her upcoming album Trancendence, to be released on March 27, 2018.